Posted at 16:43h in Uncategorized by PLAE 0 Comments
0 Likes

THE ART OF DESCENDING

Murphy is a brilliant athlete with a knack for running down mountains. The secret behind his medals? Hint – might have something to do with the time he fractured his femurs. Both of them.

Matt Murphy helps me park my car. All smiles at the end of his Aussie bush driveway, he waves both arms to signal I should keep backing up. Luna, his red-coated Vizsla, dances around my Renault as I kill the engine and swing open the door. Matt offers a vigorous handshake and an exaggerated ‘How you going, mate!’ then turns laughing to lead me up the porch steps. His wife Elyse and son Jack meet me at the screen door. “Long drive! Need to clean up?” Because the washroom is just behind the kitchen. And I’m to make myself at home.

I’m here to meet and shoot some footage of Australia’s leading obstacle course racer. What gets him out of bed?

We’re sipping gin at a local spot in Bright, Victoria, the Alpine Shire wilderness town Murphy and his family call home. “Tell me your stories,” I prompt, and already there’s a joke in his eye. “Tell you my stories,” he repeats. “Do they have to be clean?” And we’re laughing again.

Matt discovered his knack for obstacle course racing back in 2010 (“or 09 maybe?”). On a whim, he’d taken around 60 of his clients to a Tough Mudder event in Sydney. No surprise, he wound up on top of the podium. “You know, so I kept taking my clients to more and more of these races. Just so happened no one could beat me.”

“It kind of got more serious in Australia. Some really good athletes were rocking up. There was money on the line. And then the whirlwind of racing around the world began. I was able to travel a fair bit, race in these cool events. In some wicked spots! They just got tougher and tougher.”

Murphy is a technician. Watching him negotiate the thousands of loose rocks that line any of the highland’s mountain slopes awakens some kind of hideous thrill in onlookers. He runs at breakneck speed on what some might consider the edge of reason. He runs without any apparent fear of falling. At least, so says Elyse.

But Matt shakes his head, his mouth full. “Calculated risk,” he insists once he’s swallowed. “Calculated.” She disagrees.

“You know how when you’re running downhill, you lean back to keep from falling?” I nod and she gestures toward her husband, who’s nursing his second gin and tonic. “Matty doesn’t do that. He charges down that mountain, perpendicular to the slope! No fear.”

“Calculated risk!” he maintains. We laugh.

“This has happened a few times,” she continues. “I’ll be standing down at the line, and Matt comes through to win. So when the other runners roll up, they look at me, eyes all wide. They say, ‘Your husband is not right!’ No one runs down a mountain like he does.” Her pride is obvious.

Matt concedes she might be onto something. “The lead boys always know that if they want to win, they need a big lead by the top. Because if I’m not with you at the top, I’ll be coming for you on the down.”

We’ve scheduled a sunrise shoot the following morning up on Mount Porepunkah, a local landmark. So we turn in early. At 5am, Matt is ready, idling outside in his Toyota pickup. I clamber in alongside a couple of other crewmembers. “Never mind the car seat! Just push it aside.” Doors slam shut. He backs down the winding gravel drive.

“There’s a wombat that always camps out on the road up here. I see him each morning!” Not this morning. “He’s usually there, I swear!” Murph has promised I’ll see a kangaroo before I leave. As we come round a sharp corner, we encounter a small herd of them, lazing on the road, enjoying the brisk predawn. That is, until Matt kicks the gas, determined to give this Yank an Aussie thrill. “We’re coming for you, bloody kangaroos!” The herd quickly disperses, except for one dazed marsupial that continues down the road in front of us before diving off into the bush.

“I was a rubbish swimmer when I moved to America.” Matt refers to the time he spent as a pro triathlete. “There was about a year of hard work, nonstop early mornings in the pool, swimming. Then I rocked up to Mooloolaba World Cup and hopped out of the water second with some of the best swimmers in triathlon. I’m looking around, I’m like, ‘Far out, this is insane. Like I’m right near the front.’ And I realized, if you stay consistent, if you work hard at something for long enough, you get good.”

We’re watching Jack (three years old) buzz across the yard on his motorbike, around markers, up hills and down hills. The torn up grass bears witness to hundreds of laps. Jack grips his handlebars, his pale blue eyes concentrated on the course ahead. His father beams.

I have to wonder how much of himself Matt sees in his son.

“Kids are funny, like Jack on his motorbike. I’m not sure he understands risk at his age. As his parent, if I say something is safe, he just does it.” I see what Matt means. Jack speeds from marker to marker, free of hesitation. Is that sureness in the Murphy DNA? “I think people pull back in those risky times because they think too much about what might happen if they fall over.”

Failure and pain: things we all know well. Even Matt. Back in the days when he trained to compete in the Olympic and Commonwealth Games, he recalls the moment when he learned that his intense training regimen had caused fractures in both of his femurs. All that work, that discipline, that pain – for a dream from which he had now awakened.

But Matt has learned to place value in more than medals.

“My whole thing is, you’ve got two feet and a pulse. You’ve got this cool engine that can move you around and lets you do cool stuff. And I think you’re doing yourself an injustice if you’re not using it to its absolute fullest potential.”

I have an early flight to catch the following morning. Matt and Elyse graciously feed me dinner and I load my equipment into the Renault. Then goodbyes.

5am. My alarm sounds. As I leave Bright, Elyse’s words knock around in my head. “Your husband is not right. He’s insane.”

“Your husband is insane.” Gum trees whip by outside in the pale morning light, and I’m thinking maybe Matt is not the crazy one. Maybe he’s onto something. 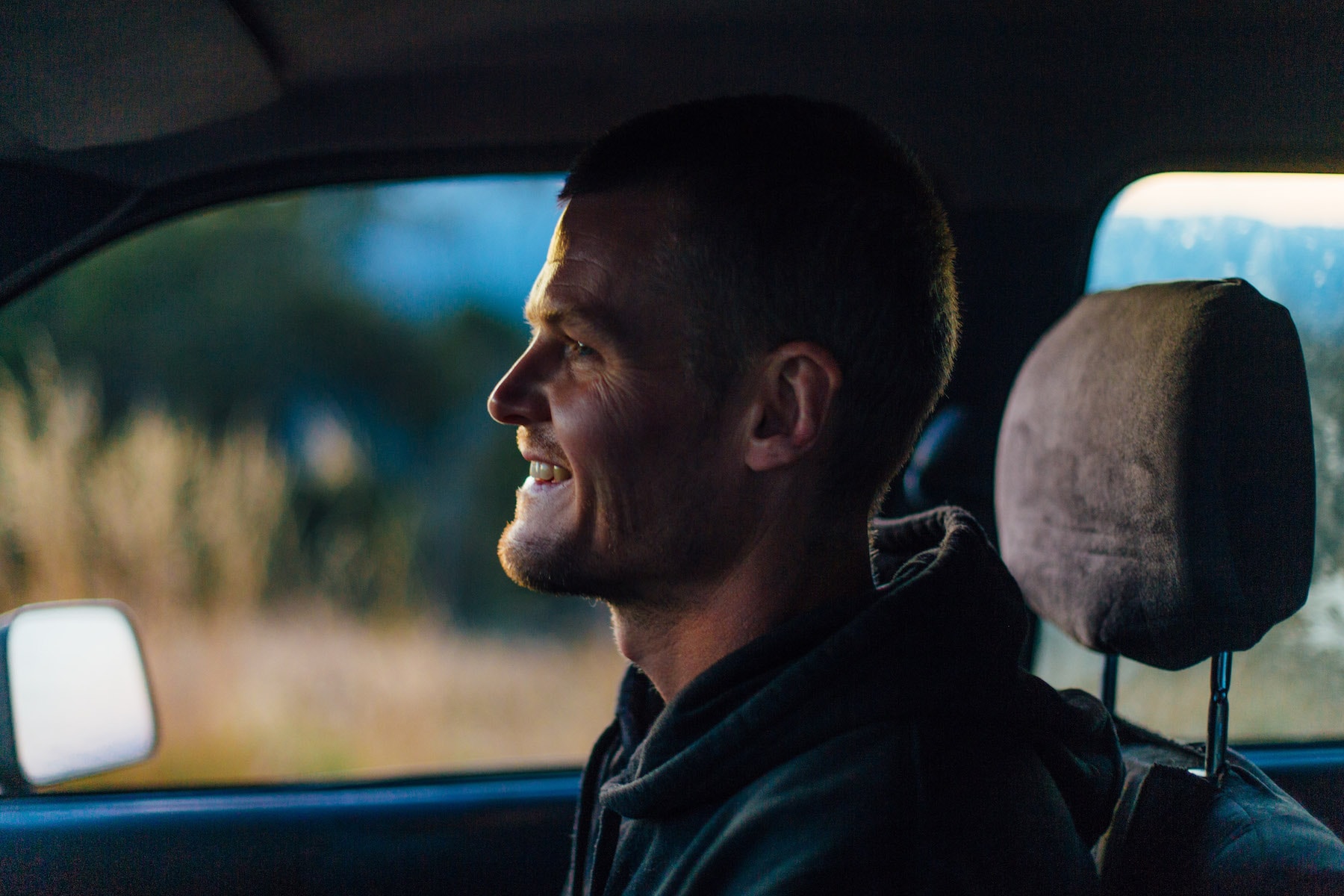